Penarth Quays Marina had the enviable chance to be located just one kilometre from the UK’s only Volvo Ocean Race stopover. Manager Stuart Jones recounts the experience.

Between the 27th May and the 10 June Cardiff hosted a stopover for the 2017-18 Volvo Ocean Race.  The race village was located on the Cardiff Barrage and was only about 1km away from Penarth Quays Marina.  We were all very excited about having this event on our doorstep.  During the build up to the event it became clear that the Volvo Race itself was an organisation that were very much self-sufficient.  Everything turned up in containers and all that needed to be provided was a flat space to put everything on.  Within the organisation they had all the trades necessary to look after the 7 teams that were participating.  At the race village they set up their own boatyard which did all the maintenance on the boats whilst they were in Cardiff.  Therefore, for the marina we could see that these services would not be needed. 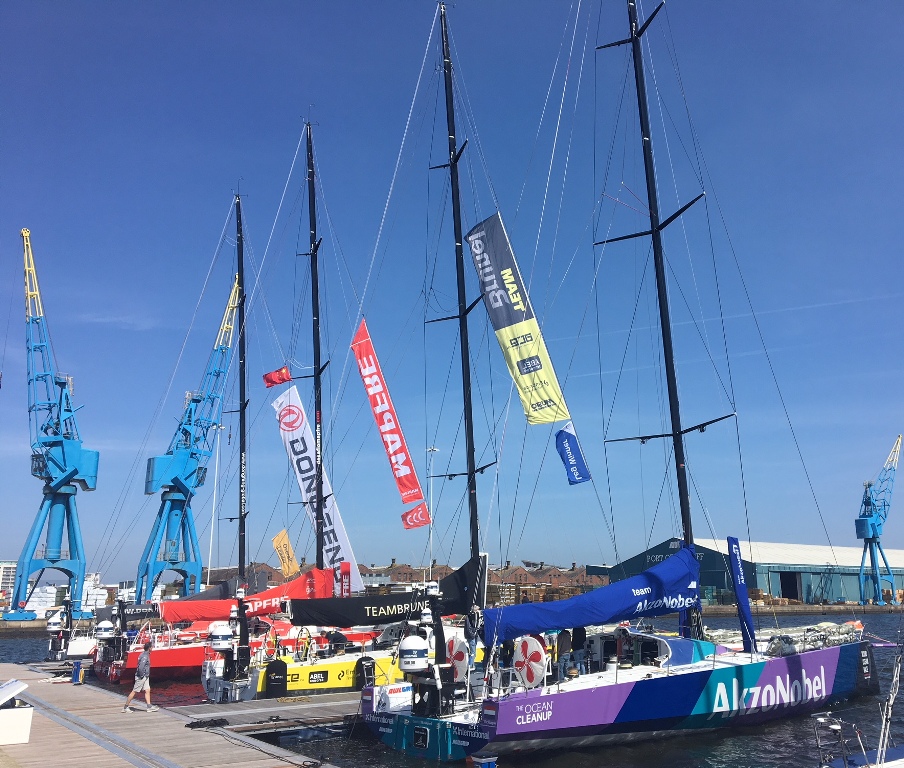 We realised that the benefit of the event for us would be to showcase Cardiff as a destination and to attract a number of visitors to the marina.  With over 180,000 visitors to the Race Village the marina was certainly busy during the event.  The weather was dry and warm which also contributed.  As well as the 7 VOR 65ft race yachts the event brought in a large number of Ribs to act as press boats, race umpires, corporate hospitality, marshalls and safety.  There was also a fleet of M32 catamarans that were used for corporate hospitality and pro-am racing.  This fleet of vessels were all located on dedicated pontoons at the race village so didn’t need any berthing at the marina.  However, they did need fuel which was the one thing that the event organisers did need to source locally.  As Penarth Quays has the only petrol pump in Cardiff Bay we were expecting a busy period.  With us only a having a small tank of 4400litres, and a minimum delivery of 1500l the event will probably be remembered for the balancing act of making sure we had enough fuel, or enough space in the tank.  It was very difficult to know how much fuel was going to be used each day.  For example, one company who brought 14 Ribs to the event initially thought they would use up to 2000l a day, but in the end used less that 200l over 4 days.

Alongside the sailing the event was a huge promoter of sustainability and clean seas.  The message was pushed hard during the two weeks and gained a lot of press coverage, maybe more than the sailing itself.  Many school children visited the race village and came away understanding why we need to Turn the Tide on Plastic.

All in all the event was a great success.  We sold a good deal of fuel, we had some great visitors, the Race Village and the boats were well worth a visit and the marina manager had an opportunity to sail an M32!