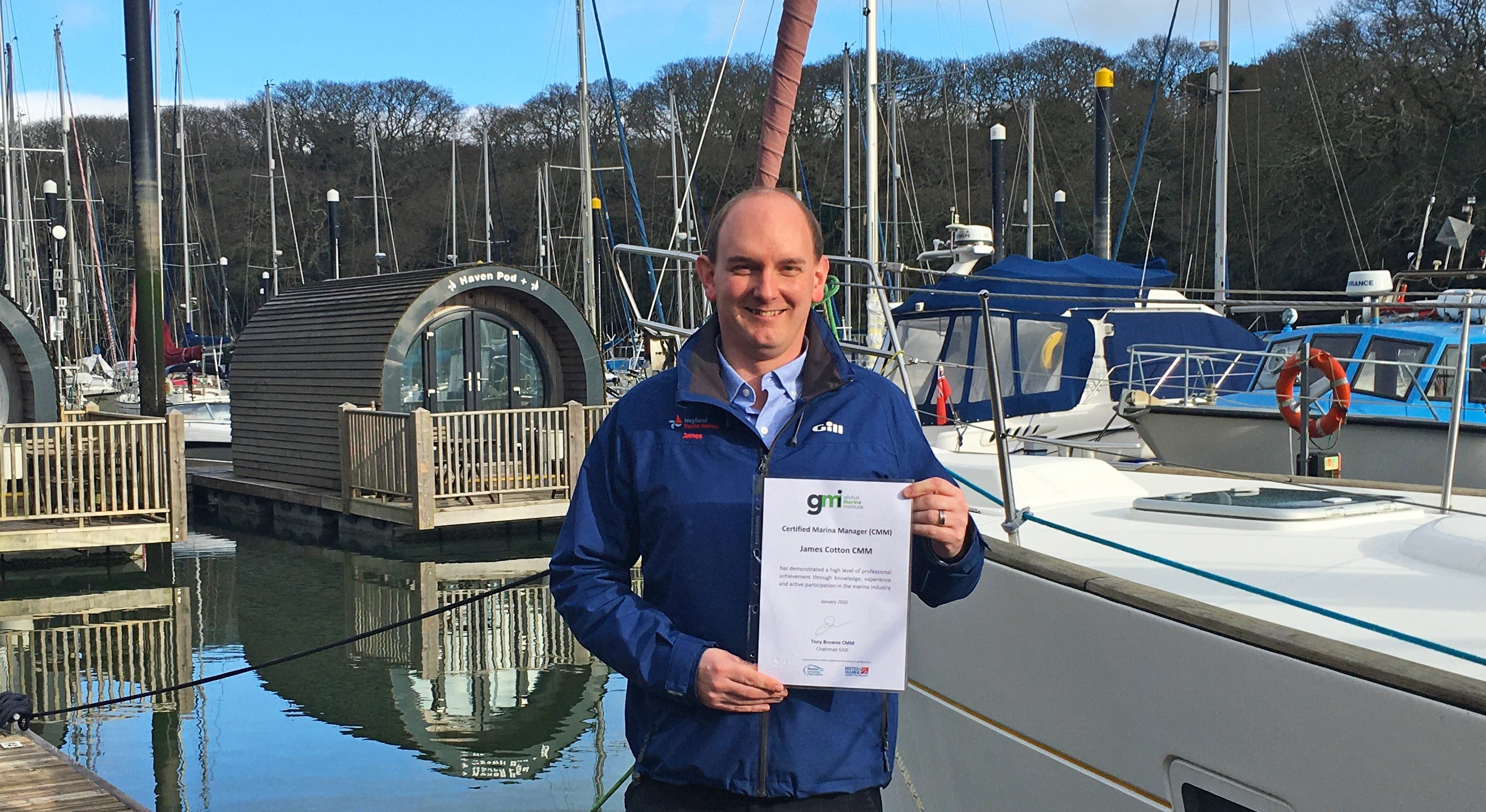 Since 1997, James Cotton has followed a career in the marine leisure industry covering both marine engineering and Harbour / Marina management. He joined Neyland Yacht Haven as a Haven Master in 2006. The 420 berth marina is based within the Pembrokeshire Coastal National Park and is split over two basins separated by a tidal cill. In 2008, he achieved promotion to Marina Manger and in August 2012 James was further promoted to his current position of Marina Director.

James enjoys the varied aspect of running the marina from looking after the loyal berth holders, many of whom have stayed at the marina since its opening in the late 1980s, through to the various projects which he encourages all the entire marina team to be involved in. One such project is the introduction of two eco-friendly floating holiday accommodation pods, known as the Haven Pods. The Neyland Yacht Haven team are busy throughout the year from welcoming visiting boats in the summer through to in-house winter maintenance and dredging works.

I recall great memories from previously attending the Intermediate and Advanced Marina Management courses through the BMF where I met other marina managers from around the globe. I am very proud to have now be awarded CMM by the GMI & BMF and look forward to being within a network of marine professionals

Enter your email below to receive TransEurope’s newsletter. You can change your mind at any time by clicking the Unsubscribe link at the foot of each newsletter. We treat your information with respect. Please refer to our Privacy Policy or contact us for more details. By clicking below, you agree that we may process your information in accordance with these terms.