Port La Forêt, in verdant Fouesnant, is well named, having conserved the trees and vegetation that contribute to its excellent reputation as a superbly protected refuge for boaters.

2022 marks the Breton marina’s 50th anniversary, with an agenda that has been full of events and activities, including a retrospective photo exhibition, and a stopover for this year’s Solitaire du Figaro, which attracted some 30,000 visitors to the marina village and featured the star-studded “Régate des héros”, with sailing greats such as François Gabard, Armel Le Cléac’h and Jean Le Cam racing in charming pabouks (cat-boats). 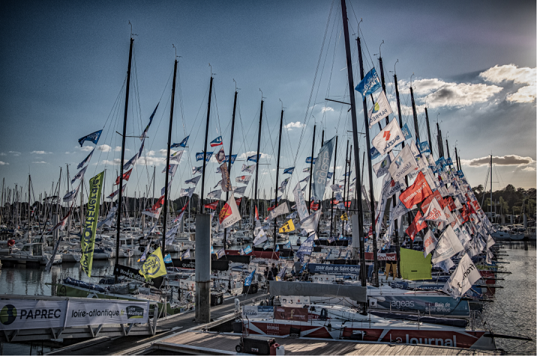 Port La Forêt is famous amongst offshore racing circles for both housing and supporting Figaros and IMOCAs, but also for being the base for the “Pôle Finistère Course au Large” a highly respected offshore race-training centre, together with Michel Desjoyeaux’s “Mer Agitée”, specialised in training and also hi-tech racing equipment, yacht design and construction.

The year’s events will reach a grand finale on the 21st December, with a much anticipated fireworks night.

We congratulate Port La Fôret on their 50th anniversary and wish them a successful continuation!