Success for the Venice Boat Show 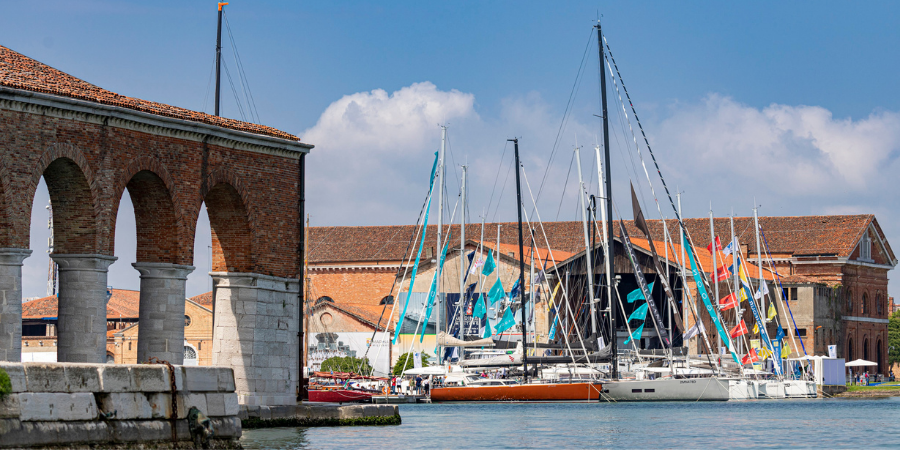 The second edition of the Venice Boat Show ended in a unique and fabulous atmosphere with the full satisfaction of exhibitors and visitors exceeding the 30,000 mark. Venice once again confirms its role as gateway to the East in pleasure boating.

The promise that the Mayor of the City of Venice, Luigi Brugnaro, had made and set in the ancient red bricks of the historic Arsenale was clear: “I want the Boat Show, along with the Biennale of Architecture, to mark the restart of Venice and Italy on the whole” as he has always said. And the promise has been kept. Under a warm summer sun, the 160 exhibitors closed the second edition of the Venice Boat Show with great satisfaction, having welcomed over 30,000 visitors. Those who participated for the first time almost did not believe how their participation could take on value in such a warm atmosphere and in the true sense of the word ‘marine’. The Venice Boat Show opened its doors not only to the market, but also to culture and sustainability, which was the main theme of over thirty conferences that explored every aspect of sailing and shipbuilding: from design to engines and the environment. Venice therefore claims its central role in the very contemporary debate on the sea and sustainability at the Boat Show as well.

The art of shipbuilding has truly come back home and the numbers of this second edition of the Boat Show have confirmed that the idea we had since 2018 in giving Venice the opportunity to showcase its nautical excellence was right and far-sighted. The City is once again the queen of the seas in the broadest cultural sense possible. We have shown our skills in the design and architecture of construction and traditional activities. During these past few days, we can say that Venice has truly remarried the sea and has done so by bringing its excellence as a dowry. Therefore, the next appointment is at the 2022 edition. From Saturday, May 28 to Sunday, June 5, 2022 the Arsenale will once again host a show that pledges to be extremely innovative and eventful. We would like to say a special thank you to all those who took part in the excellent organization of this edition by dedicating their time and efforts. Thank you to all the exhibitors who, despite this difficult moment, chose to be here with their boats and thanks to the many who came to visit the exhibition. All together we have shown the delight of sailing and how fascinating it is to fall in love with the sea. Our utmost gratitude and thanks go to the Italian Navy for opening up its spaces and to the Venetian NHS for all the health protocols that were put in place for the show. Thanks also to all the civil and military institutions, the law enforcement agencies and the voluntary associations that all collaborated. Thanks to those who guaranteed safety, cleaning and transport: a great team success! We look forward to seeing you at the third edition in 2022“.

Visiting yachts calling into Venice to look around the show, were invited to stay at TransEurope Marinas member Venezia Certosa Marina for three nights. The marina is perfectly located, has 400 secure berths, welcoming yachts up to 70m LOA and has recently renewed its Blue Flag.