The ICOMIA WORLD MARINAS CONFERENCE took place this year in the extraordinary city of Istanbul, the only city in the world to straddle two continents, illuminating the ways in which this established industry enjoys an admirable level of international cooperation: no less than 27 countries were represented between those attending.

TransEurope Marinas enjoyed a strong presence having four members speaking at the conference with Tollesbury Marina’s Julian Goldie and Jean-Michel Gaigné from French marina St. Quay, also chairing panelled discussions.  Subjects during the three-day event covered multiple aspects of the sector including best practice, environmental, safety and legal concerns and an orientation of how to better serve boaters faced with the effects of an ageing demographic and consequences of the global financial crisis. 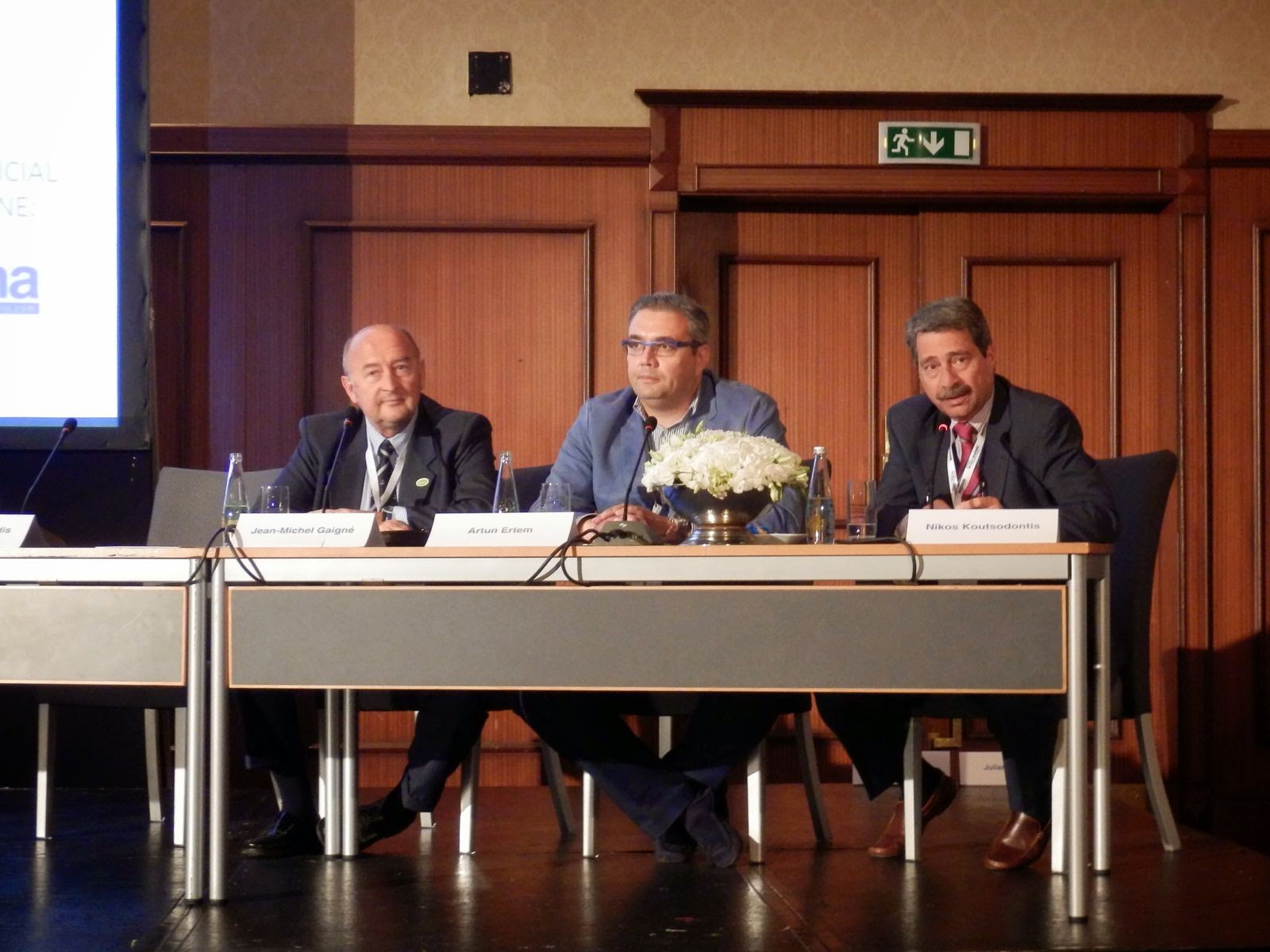 TransEurope Marinas was cited as an effective and reputable association having generated both numerous examples of good operational practice amongst the membership and a supportive network for managers and staff. Furthermore, TEM stood out significantly as an independent marina group working productively to promote boating.

Steven Desloovere, Chairman and General Manager of Nieuwpoort marina in Belgium, spoke of the influences of working with certification systems such as the Yacht Harbour Association and the Blue Flag campaign which had stimulated a great response from his marina now employing renewable energy sources and enjoying the pleasures of seeing wildlife returning to the area. 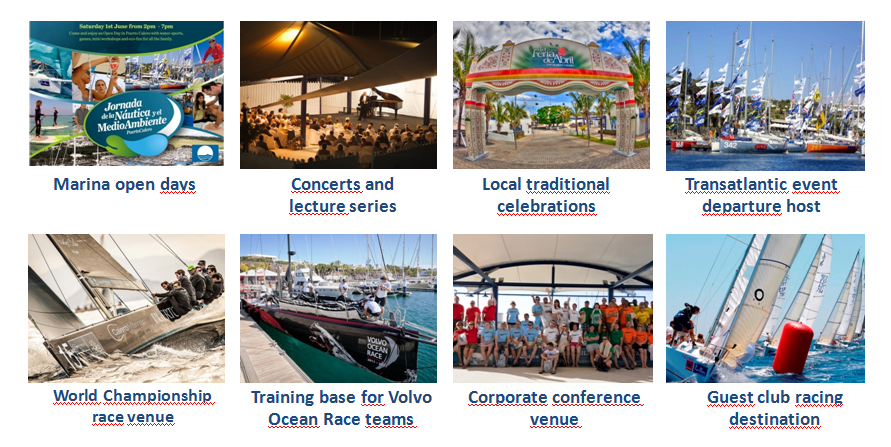 Suggestions on how events can benefit marinas

Melanie Symes from Puerto Calero spoke on the subject of how events can serve develop an identity for a marina; encourage a lifestyle component, improving experiences for both users and staff and as attractive waterfront locations provide a backdrop of all types of community or promotional activities.

Jean-Michel Gaigné gave a very clear presentation offering examples of good operational practices, quoting some popular examples developed by TransEurope Marinas members as described in TransEurope Marinas guidelines. He also chaired a fascinating panel on IT development in the industry, exploring subjects such as ways in which marina management software interfaced with a CRM programme can streamline office processes and improve services for customers.

Delegates were treated to an evening cruise along the banks of the busy Bosphorus Strait providing magnificent views of this stately city. Interesting for mariners, this waterway is charaterised like the Gibralter Strait with a two-layer flow; in this case the fresh water influxes of the landlocked Black Sea flow above and contrary to the more saline and higher density waters emanating from the Sea of Marmara and the Mediterranean. 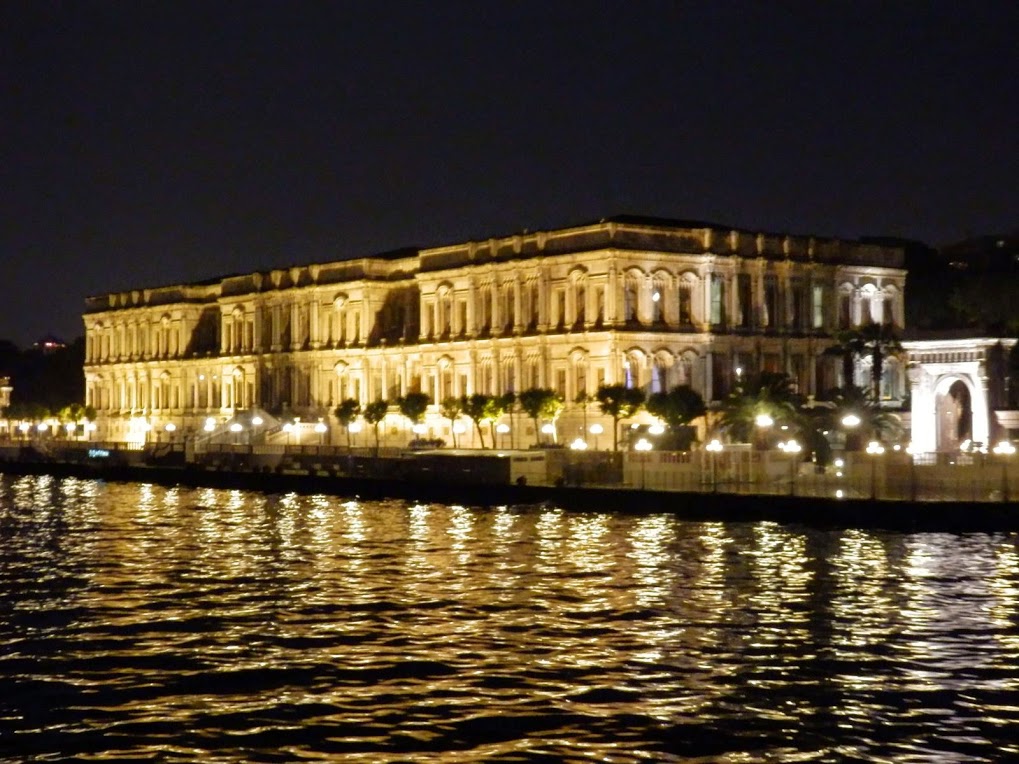 Cruise along the Bosphorus Strait

The last day of the event provided an informative trip by boat to three nearby marinas, where Julian Goldie who on behalf of The Yacht Harbour Association had the pleasure of finally repaying a visit to Atakoy Marina, where long-serving industry figure Capt. Yilmaz Dagcis, now retired, was made an Honorary Lifetime Member of TYHA back in 2009 due to many years of support to the Association. 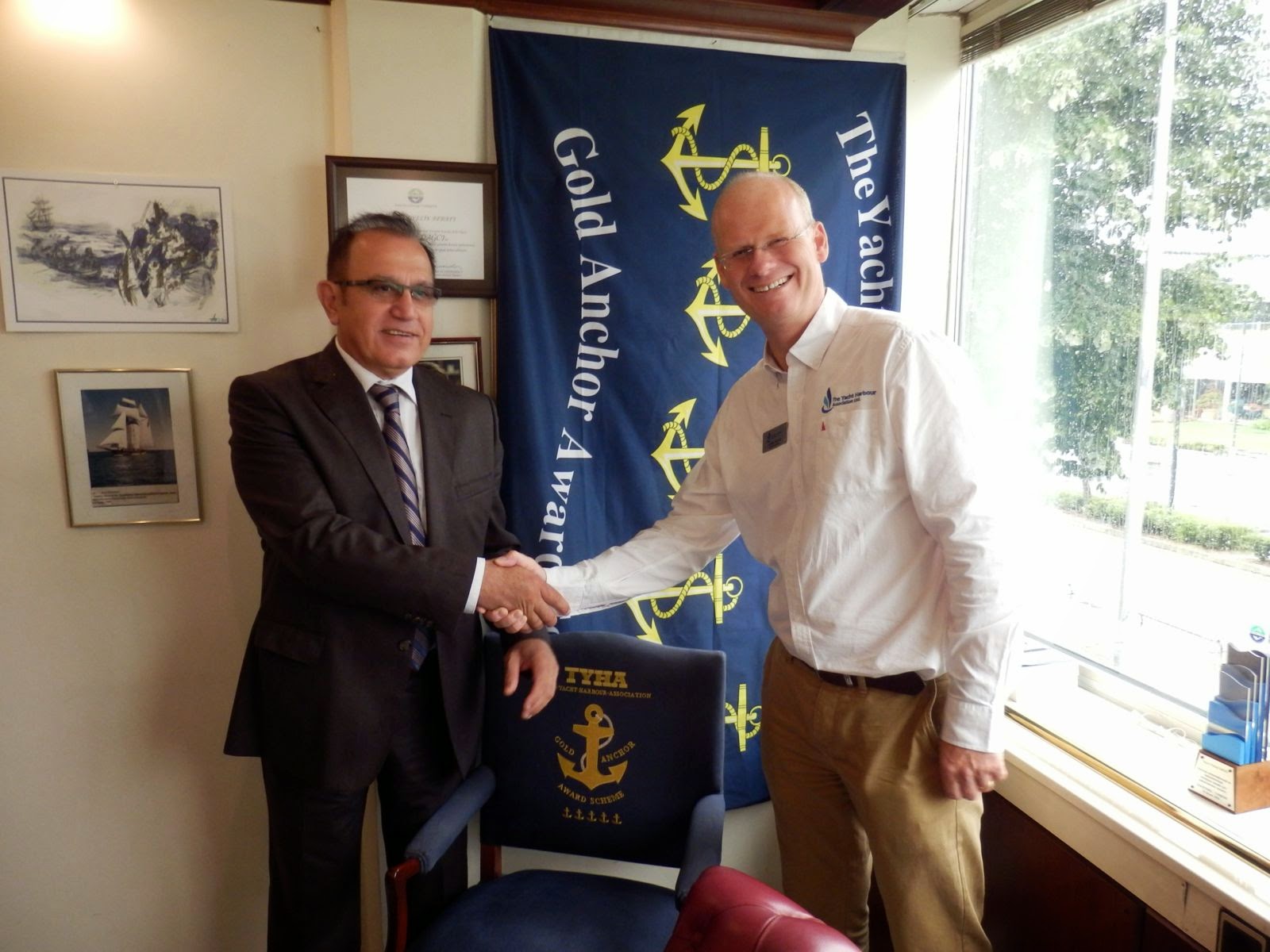 Julian Goldie and the MD of Atakoy Marina

Summing up the event, Jean-Michel Gaigné declared his satisfaction:

“The ICOMIA Marina Conference was as ever well-organised and full of interesting content. The three days provided a tremendous opportunity to spread the word about the TransEurope Marinas network and meet with good friends from all over the world. We were proud to receive significant interest from marina managers in a number of countries who admire TEM’s congenial and proactive spirit.”